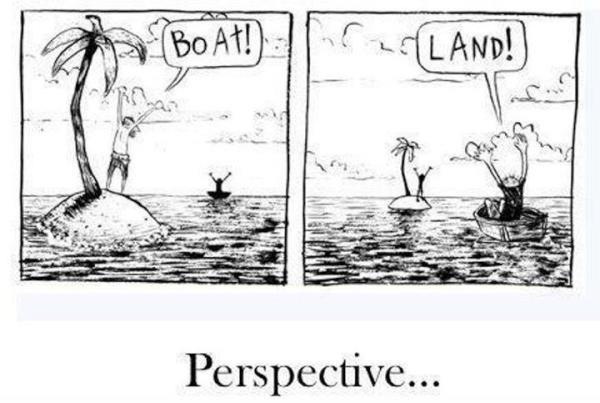 Two different men grew up in broken families. They were both molested at a young age and suffered from bullying and poverty. One man became very successful and became a millionaire when he was older. But instead of spending lavishly on himself, he donated most of his money to help others in need. People all over the world asked him, “Sir, could you tell us your secret to success? How did you become the way you are?”

The successful man replied, “With a past like my own, what else could I have done?”

On the other hand, the other man became a terrible criminal. He raped girls, robbed banks, sold illegal drugs, abused women, and pretty much broke all the laws. People everywhere asked him,”How could you do this? What kind of human being are you?”

To which the bitter man replied, “With a past like my own, what else could I have done?”

So remember, everything is a matter of perspective. Those two men had the same experience, yet totally different outcome.

We are all living and we will all die one day. But what are you going to do in between that time?