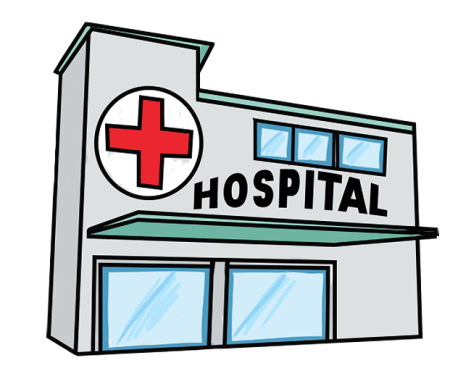 Hey everyone! Long time no blog. If you’re wondering where I’ve been, I was in China, where I had no access to fb, instagram, YouTube, twitter, my blog, and even Google (So I’m sorry if I have not yet responded back to your msgs, I did not expect so many people to msg me while I was away).

While I was in China, I spent most of my time in the hospital. In fact, there was a period of time in which I spent 30 days without leaving the building. It was as if I was in a jail cell. I had to wear a wristband around my wrist to show my identification, and wear their hospital uniforms. My bed was #32, so I was known as “32”. Each morning at around 7:30, a lady would deliver breakfast and tell us to come out. Ex. “32! Come out and get your food!” Haha. It’s actually quite funny. (Btw, hospital food is not free. We order whatever we want *based on the menu* and pay for it with a card the night before. But since I was there for so long, I practically memorized the menu. I knew on Tuesdays and Thursdays, they would have the tasty noodles that I wanted. Haha)

Anyhow, I went through a lot, guys. And I mean, A LOT. When I first arrived at the hospital, I was in a very bad state. I had infections everywhere, and I had to wrap my legs with cloth to soak up the yellowish liquids that were oozing out. I was in a lot of pain, and I was so thin, I looked like I was going to die (I was only 39kg at the time). I was very weak and quite sad.

While I was in the hospital, I had to be hooked up to the IV every morning and afternoon. At first, it wasn’t so bad because my veins were ok, so it was usually successful on the first attempt. However, after you stab them a lot, the veins will become harden, and it will no longer work. There were days when I had to get stabbed multiple times because there was no blood flowing up back up. Sometimes, the nurses will try to dig around to see if they can get the right spot. It was so painful. It got to the point where I had to get hooked on with my feet, because the hands were no longer working. 😦

Okay, it’s going to take me forever if I am going to tell you exactly what I went through. So I’ll just go to the most painful treatment and I’ll get straight to my point.

The most painful treatment I had is known as “fire needles”. Basically, the needle has to go through fire and alcohol, and then it gets stabbed into you. It hurts like hell. I screamed so loud and cried so hard. The needle is thicker than a regular needle, and the needle has to go through fire and alcohol every single time before it gets stabbed into me/the patient. Words cannot describe the pain. But it looks like something you would see on ancient Chinese dramas (where they would use punishments to make people confess the crimes they did/did not commit.) I knew the doctors just wanted me to heal faster, but I couldn’t take it, so I only completed that treatment twice.

Yeah, you guys probably feel super sorry for me now, eh? There are actually a lot of people who has it worse than me. Some patients had to get their heads shaven because they had black stuff growing on their heads. There was a girl who couldn’t even lift her head to watch TV because her face and neck were so swollen. She couldn’t even eat and she is only 15. I feel so bad for her. She opened up to me (surprisingly) and told me how her life was before she came to the hospital. Basically, she stayed at a dormitory for school. Their daily schedule is:
5:45am: wake up
6am: breakfast at cafeteria
6:20am: self study in classroom
7:30am: class starts
11:40am: lunch
12-2pm: nap time
2:30-5:30pm: class
5:30-7:00pm: dinner and shower time
7:30-10:00pm: class again
10:00-11:00pm: homework/study time
11:00pm: sleep time

I feel so bad for her. I’m like, seriously? You’re 15!!!?! That is so sad. What kind of life is that? She says, “Everyone is like this. If everyone is putting in 13 hrs, I have to put in at least 11. But because of my skin condition, I would run to take a shower right after lunch, so that people can’t see me. There is no hot water during lunch period though.”

Wow, don’t you guys feel lucky you went to school in Canada? I’m sure we’ve all complained about our 8am classes, but that is nothing compared to what the students in China have to go through. (Btw, eventually the stress was too much for her, and her skin condition went crazy. Currently, she is out of school until the following September.)

Okay, this is taking too long. There are too many stories to tell and too many things to write about. But what I want you guys to know is that, at one point, I could not even stand. I was pushed around in a wheelchair. Hence, I hope you understand why sometimes I am not in the mood to talk. When people msg me about their problems, to me, your problems are nothing compared to mine (unless you’re suffering the same/worse physical pain than I am). Some days, I am so down. I just want everyone to leave me alone because I just feel so awful. On a brighter note, I’m a lot better than before. I’ve gained 4kg and my face has cleared up. It still hurts for me to use my legs, but I am seeing some improvements.

Some people think I’m super strong/amazing to face this. But honestly, guys, I only have 2 choices: Either I kill myself, or I deal with it. Obviously, I’m not going to kill myself. That is so sad. Imagine this: Grace killed herself because she was in too much pain. Wow. No. That’s not how I want my life to end. We are all writers of our stories. I am going to try my best to stay positive. Yes, I have my bad days, but overall I’m not that depressed. I came across a quote that has really helped me, and I want to share it with you guys:

“I complained I had no shoes, until I met a man who had no feet.”

So powerful. I feel like I was always the person who complained about the shoes, but in fact, I still have a lot. I can see. I can talk. I can write. I can sing. I can think. I can express myself in Cantonese, English, and Mandarin. I can play music. I can walk (hurts a bit but I can still walk). I can inspire others (hopefully). There is still a lot I can do. Some people can’t do anything. So guys, if you feel depressed or sad, snap out of it. There are a lot of people who have it much worse than you. If you’re not in pain, you’re already in a better state than me. So SMILE and do something that makes you happy. I have more advices for you guys but this post is way too long so I am going to stop now. If you actually read everything, thank you!!

15 thoughts on “Hospital in China”