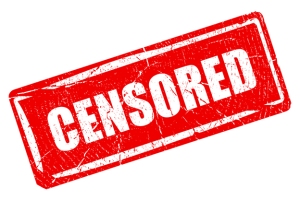 Lately, there has been an issue that has been bothering me and I would like to blog about it.

Ever since what happened on January 6th at the Capitol in the United States, Donald Trump has been banned from Twitter and I think every mainstream social media app out there (correct me if I’m wrong).

As the president of United States, I think he should not be able to say whatever he wants due to the effect his words may have on his followers. Actions have consequences, and those who have participated in violent acts should be punished.

Some of his supporters are so extreme that they would probably kill or die for Trump.

I didn’t, however, expect him to be banned from everything. Furthermore, a super right winged conservative app, Parler, has also been taken down.

While I do understand, I do think it’s an issue that needs to be discussed.

Now, I’m neither extreme left nor right, but I feel like nowadays, people can’t even have an opinion.

What if you’re just a non violent supporter of Trump? Or BLM? Or Communism? Or whatever you believe in!?!

If you state a political view, someone is going to be triggered. The more popular you are, the more backlashes you’ll receive from the other side.

Nowadays, people may be afraid to speak out their views because they want to avoid getting banned or losing access to their accounts. In more serious cases, they may even lose their jobs.

This is even worse if you have a following. Because that means you have impact and haters may just be waiting around the bush to strike. END_OF_DOCUMENT_TOKEN_TO_BE_REPLACED

We are born in a generation where as long as you have the internet and a device (phone, laptop, video camera, etc), you can upload things online and share with the world. Depending on the person, there may be conflicting views on this. But we can’t deny the fact that the internet has created a lot more opportunities for people overall.

Today, I would like to blog about the harsh reality of being a content creator. Content creators are basically people who create content usually targeted towards a specific group of audience for their entertainment purposes.

Back then, most content creators started off as hobbyists. For example, when Youtube first became popular, most people were just posting random clips online. People never really thought of making money from it.

Eventually, people realized it was possible to make a living off Youtube. As long as you develop a huge following with lots of views, you can earn ad revenue!

So, people then started to make all sort of content in hopes of getting viral.

Maybe if they get popular enough, they could quit their jobs and pursue their dream career and do what they actually love!

While it sounds simple enough, reality is far from it.

In order to quit your job to pursue this type career, you must earn enough from your content so that it could replace your income. The problem is, most people do not want to pay for content.

Can you imagine if I charged you to read this? Chances are, you would just not read it. LOL

With so many other options, why would we pay for something that we could get free elsewhere?

Thus, if your dream is to become a content creator, you’re going to suffer A LOT. You’ll constantly be trying to get followers. Even if you have great and free content, you’re competing against countless of others and there is no guarantee people will watch/read/consume/follow. END_OF_DOCUMENT_TOKEN_TO_BE_REPLACED

Today, I had a sudden urge to blog about a topic that has been on my mind for quite some time. I want to write about people who compare their lives with the lives of the people they have on facebook/instagram/twitter/other social media. It’s actually quite common, I think.

The reason this issue bothers me is because people actually take it too seriously. I know for a fact, some people are envious or jealous of certain lifestyles people portray online. Sometimes, it seems like everyone has a better life than us. There are people who look so hot, who look so rich, who look so successful, who look so happy, and etc. However, you must understand that people only show you what they want you to see. For example, someone can post up a picture of a house they newly bought. You, the viewer, is probably like, “Wow. Blah blah blah bought a house! He/she must be doing so well”. (or something along those lines). BUT GUESS WHAT? It’s not always true!! You don’t see them struggling to pay the bills. For all you know, they probably can’t even afford it. A lot of the times, people buy things they cannot afford.