Have you ever messaged a woman and wondered why she doesn’t message you back?

In the past, I had always thought it was common courtesy to respond to anyone who had messaged me. However, after using my first dating app (Unveil), I’ve came to an understanding as to why some women do not return messages.

(Note: The app uses your voice instead of text, but it’s the same concepts)

After using the application for a few months, I have identified many reasons why women may not respond. Here are ten reasons:

1. She wasn’t serious all along

Some people sign up for dating apps due to boredom or curiosity. She may not have any intentions of meeting anyone. Sometimes, she just wants to know how many people she could match with.

Initially, I downloaded unveil so I could write a review on it. Now, I use it for research purposes.

If you sound too serious early on, you can scare her away. For example, once a guy messaged me and told me his entire life story the first time we exchanged messages. I was wondering, “Why is he telling me so much personal information? I barely even know him!”

Don’t invest so much emotion into someone unless she has shown a bit of interest.

If you make it seem like she’s your only option, she will be turned off. Don’t always be the first one to message her. Allow her to respond or initiate. If you’re constantly trying to get her attention, she will think you’re super needy and will most likely find you less attractive. END_OF_DOCUMENT_TOKEN_TO_BE_REPLACED

This is another topic that will probably spark a lot of debate. I’ve asked some of my friends before and here are some of their opinions:

What the guys say

“No. It’s unfair. Women want to be treated equally. So why do I have to pay for the date? We can split 50/50. It’s unfair how we men are expected to always pay.”

“No. I would never pay for the first couple of dates. That’s spoiling her. What if she expects me to always pay? I have to see if I want to invest in her first. Maybe after a couple of dates, I might consider.”

“I kinda expect to pay, but I would be happy if she offers to split.” END_OF_DOCUMENT_TOKEN_TO_BE_REPLACED 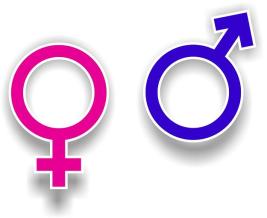 This was a topic that I was originally going to post about last Monday. However, I was very hesitant because I did not want to upset or offend anyone with my opinions. After posting my “Conflicted” post, I have decided that I will, in fact, blog about what I want to blog about.

Please remember that this is my opinion. You may or may not agree, but I welcome your feedback.

This post assumes that the men and women are heterosexual*